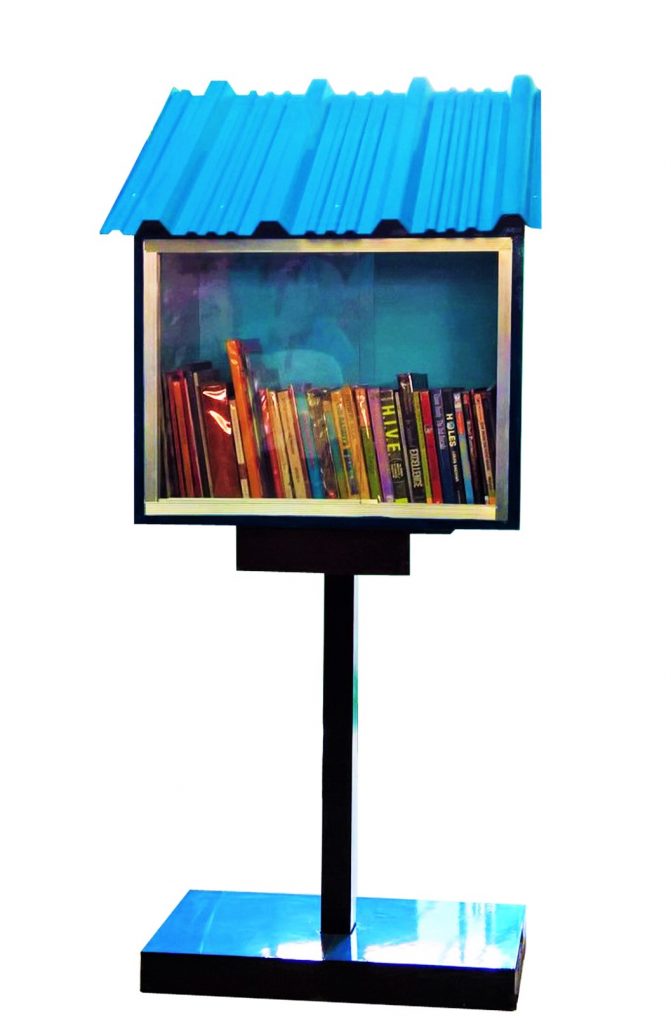 Electronic Information Solutions Inc (EISI) marked its 24th year anniversary last September 7, 2017, by donating six sets of “Munting Aklatan” to Makati City’s Barangay Bangkal.  This initiative was part of its commitment to promote the love of books and establishment of libraries throughout the Philippines.  As part of its corporate social responsibility (CSR), EISI has traditionally made donations in support of its advocacies before moving on to their anniversary celebrations, which provide fun and recreation to its employees and associates.

This year, its home barangay, through Hon. Herman de los Santos (Barangay Chairman) and  Hon. Roberto “Doc” Aguinaldo, DMD (Kagawad, Committee on Education), was recipient of six mini-libraries in the style of “Little Free Libraries” and filled with books from “Books for a Cause“. Barangay officials were excited to provide access to books to their constituents in public places like tricycle terminals. Termed “Munting Aklatan”, the mini-libraries will hopefully fill the gap in reading centers.

EISI Managing Director Chin Avila Castro and EISI Founder Reuel Avila expressed the company’s desire to enhance community literacy through this type of giving.  They are grateful for the privilege of more than two decades of providing technology to schools and libraries throughout the Philippines.

The donation project was conceptualized by Mr. Kevin Tansiongco, Registered Librarian and Product Specialist at EISI.  Mr. Joshua Cerdeña of Human Resources Section coordinated with the barangay officials to make this possible.

The day was capped by lunch and anniversary program at La Fiesta Restaurant at the Mall of Asia. It was a day to be remembered, and a fulfilling cap to another year of serving Philippine libraries.

One thought on “EISI Marks 24 Years With Mini-Library Donation”